Gems of the historical heritage

Gems of the historical heritage 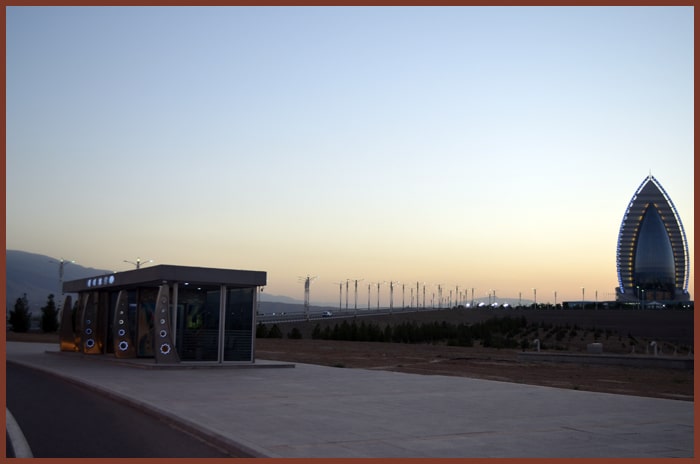 Name of tour: Gems of the historical heritage

Day 1: Tashkent
You will meet the group at airport. After that you will transfer to the capital of Uzbekistan Tashkent. You will discover Independence square architecturally organized, framed by buildings and greenery space with incredible attractions. Further you will move to the amazing street the local Broadway, insanely colorful place in the center of the capital. But people know this alley as Broadway, and affectionately call it "Brodick". You will continue tour with fascinating place Tashkent metro, this is outstanding metro and famous worldwide. After that you will discover the old part of Tashkent which includes: Chorsu Bazaar in ancient times, it was the center of 4 roads of the Great Silk Road, Kukaldash Madrasah the largest religious educational institution in old Tashkent, built in the XVI century and Hast Imam complex that consists of several madrasahs, mosques and mausoleum. You will explore the priceless copy of Quran  the Othman Quran that is dates back to 8th c. You will spend the night in the hotel.

Day 2: Tashkent – Samarkand (morning train)
In the morning you will travel to railway station of Tashkent for your train to Samarkand. Samarkand, which is the second largest city in Uzbekistan, is a rich Treasury of Eastern culture. It is so ancient and is considered to be the same age as Babylon and Pompeii. In course of the tour you will explore the amazing sites of the city Registan square, Shakhi-Zindeh, Mausoleum Guri Emir and Bibi Khanum Mosque. Registan Square, the heart of ancient Samarkand, a majestic square for all time, everyone admires the unreal beauty of this majestic landmark. Architectural complex of Shakhi-Zindeh is one of the most impressive memorial complexes of Islamic architecture of the XIV—XV centuries. Bibi Khanum Mosque architectural monument of 1399-1404 in Samarkand, grandiose Cathedral mosque of Tamerlane, richly decorated with tiles, carved marble and paintings. The night will be in the hotel.

Day 3: Samarkand – Bukhara (morning train)
This day you will have a morning train to Bukhara. You will have a journey along the significant places of Bukhara. This day you will explore Citadel Ark that is a large earthen fortification in the North-Western part of modern Bukhara. (IV BC — XX centuries.) After that you will observe Samanids mausoleum, this is world-famous monument of Oriental architecture of the early middle Ages. The structure was built between 892 and 943. This day you will also explore Chashma Ayub, it was built on the site of an ancient sacred spring. XIV—XIX centuries. monument, which eventually took the form of an oblong prism, topped with various domes over rooms of different sizes and shapes. After that you will meander along the shopping domes and you will be offered to explore Nodir Divan Begi it is one of the most interesting buildings in Samarkand from the point of view of historical and architectural value. You will also explore today Poi Kalon complex, this is the Central historical architectural complex of Bukhara, located on the front Registan square. There are you will observe outstanding buildings built in the 12th - 16th centuries: Kalon minaret, Kalon mosque and Mir Arab Madrasah. The night is in the hotel.

Day 4: Bukhara – Khiva (440 km, 7 hours)
After the breakfast you will transfer to the ancient city of Uzbekistan. Khiva is a beautiful oasis city with ancient walls, minarets and unique clay buildings. Khiva is more than 2,500 years old. If you want to plunge into history and see the true beauty of the ancient East, visit Khiva. The famous city of Khorezm is a country of ancient civilization. Among the numerous cities of the oasis, only Khiva has withstood the hardships of nature and history. In the list of values of universal significance, Khorezm occupies a special place as a major center of world civilization and one of the important centers on The Great Silk Road. In 1997, Khiva celebrated its 2,500 the anniversary. You will travel from Bukhara to Khiva goes through famous Kizilkum desert. Along the way you will experience the fabulous views of Amu Darya river. After arrival you will have free time. This night will be in the hotel.

Day 5: Khiva city tour
You will have a highlight tour in In the open air city of Uzbekistan Khiva. Today you will have a wonderful sightseeing tour in the oldest city of Uzbekistan. You will explore Ichan-Qala, surrounded by strong walls, the historical inner city of Khiva in Uzbekistan, city-reserve located on the territory of Khiva. It became the first UNESCO world heritage site in Central Asia and, without a doubt, can be called one of the most amazing and atmospheric places in Uzbekistan. It has practically not undergone reconstruction and has preserved its original centuries-old appearance to this day. There are located ancient buildings, palaces, mosques, Madrasahs, Mausoleums, Minarets, Caravan-Sarais and Bathhouses transformed Ichan-Qala into unique city-monument. There are over 400 traditional dwelling houses and about 60 architectural monuments. You will explore the mesmerizing places of Khiva: the Kunya-Ark fortress dating back to 17th century, found by Muhammad Arang Khan, Kalta Minor minaret and Tash Khouvli palace. The night will be in the hotel.

Day 6: Khiva – Shavat border – Kune Urgench – Darwaza
You will have a transfer to Shavat border.  Then you will meet the group in the morning at Shavat/Dashoguz border, and you will have a sightseeing tour where you will explore the architectural monuments of Kone-Urgench, Khorezm capital 10th -12th centuries. You will have a trip to the Mausoleum of Najm al-Din al-Kubra, Tyurabek-Khanum, Il-Arslan, Tekesh Ibn Hadzhibey, inspection highest minaret in Central Asia KutlykTimur. In the second part of the day you will travel to Darwaza drive through the Karakum desert.You will visit natural site the Gas Crater back in 1971. In the Karakum desert. As a result of the sinkhole, a giant pit 20 meters deep and 70 meters in diameter was formed. You will have a chance to observe fantastic scenery and explore the amazing highlight of the tour. This place is the most mysterious in Turkmenistan.

Day 8: Flight
In the morning is transfer to the airport.

Service does not include:
- Visa
- Full board
- Migration tax
- Travel insurance
- English speaking guide
- Entrances to all museums

Note: Each Traveler should have 2 photos (5x6) to be presented at the points of entry.