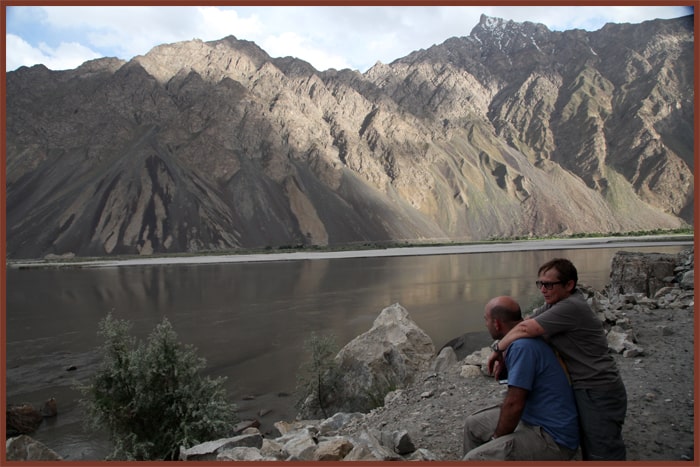 Day 1: Bishkek – Ala Archa – Bishkek
This day you will be picked up by your guide at Manas International Airport. After you will be transferred to the capital of Kyrgyzstan Bishkek. You will visit today the iconic places of the capital such as Pobeda Square (Victory Square), Duboviy Park (Oak Park), Central Ala-Too Square, Old Square, National Philharmonic, and many others places of interest. In the second part of the tour you will explore  Ala Archa gorge. Ala-Archa state nature Park is located 40 km from the capital of Kyrgyzstan, on the Northern slope of Ala-Too. There are mountain peaks, glaciers and rare animals, high mountain slopes and hills covered with coniferous thickets, rocks and steep cliffs, a waterfall and a river that originates from the eternal glaciers themselves. After the excursion you will transfer to Bishkek. You will spend the night in the hotel.

Day 2: Bishkek – Burana – Chon Kemin
Today you will transfer to our Asian Bazaar. This Bazaar is full of fresh produce, and the locals love it for its affordable prices and interesting products. In the second part of the day you will departure to fascinating gorge of Kyrgyzstan Chon Kemin gorge. Along the way you will explore Burana Tower monument of cultural heritage of the Karakhanid era (medieval Turkic state of the 10th-13th centuries. There are also located Balbals. You will have a chance to climb up and observe the amazing views of the reserve. Then you will continue tour with driving to Chon Kemin gorge. You will have a chance today to have a horse riding in the gorge. It will take about 3 hours. You will lead to mountain forest and observe spectacular views. You are going to spend the night in the home stay.

Day 3: Chon Kemin – Issyk Kul lake northern shore – Karakol
You will travel today to Issyk Kul Lake. it is possible to name the main, the most valuable pearls not only of Kyrgyzstan, but also of all Central Asia. It stretches in the heart of the Tien Shan, at an altitude of 1600 m. The depth exceeds 700 m. From the North, the peaks of the Kungei-Alatau range rise above the waters of Issyk-Kul, reaching almost 4,800 meters in height, and from the South, the Terskey-Alatau mountains rise more than five kilometers above it. This day you transfer through northern side of Issyk Kul and discover the charming views on the way. You will visit today ancient stone patterns – petroglyphs. After arrival to Karakol you will explore the Dungan mosque. This is a rather specific building associated with the large Dungan Diaspora in Karakol, which has a history of more than 100 years. Then you will get to the next destination an old wooden Orthodox Church. This night will be in the guesthouse.

Day 4: Karakol – Jeti Oguz – Issyk Kul southern shore – Kochkor
After breakfast you will transfer to Jeti Oguz gorge. The most picturesque place, in the vicinity of which you can see magnificent natural landscapes. One of them is the Jety Oguz gorge ("rocks of the Seven Bulls").  There you will fascinate the Broken Heart Mountain. You will have a chance to go to the top of the mountain and observe the enchanting views of the picturesque gorge. You will transfer along southern shore of the lake Issyk Kul and see the mesmerizing views. Then you will stop in village Bokonbaevo and visit local eagle-hunter. There will be interesting stories of ancient methods of eagle hunting. This night will be in the home stay.

Day 5: Kochkor – Son Kul
In the morning you will travel to divine lake of Kyrgyzstan Son Kul Lake. clean, fresh, and the lake itself is located at an altitude of more than 3 kilometers above sea level, to be more precise – at an altitude of 3016 meters. The color of the water surface of the lake changes several times a day, becoming either rich blue, purple-blue, or juicy green. The air of the lake is very clean and fresh that you will be pleasantly surprised. Nomads from ancient times inhabited this place and used the land for grazing. You will explore territory of the lake, walk along it beaches and take fantastic photos. You will rest the night in the yurt. The Yurt is a portable dwelling, widely spread among nomadic people.

Day 6: Son Kul – 33 parrots Pass – Kochkor – Bishkek
This day you will get acquainted with local inhabitants and see their lifestyle. Then you will drive to Bishkek. You are going to drive today along fascinating pass 33 parrots. This is one of the most beautiful and picturesque passes in Kyrgyzstan. You will have today a lot of fabulous pictures.  You will continue tour with breaking in Kochkor village where you will be shownt eh producing of National felt carpet. There you will explore a small handicraft museum there. You will have a chance to see there and buy examples of silver decorations, coats made of wolves, horse saddle decorations, carpets and more. You will be departure to Bishkek then. You will rest the night in the hotel.

Day 7: Bishkek – Osh
Today you will have a flight to Osh. It is city of Republican subordination in Kyrgyzstan, the administrative center of the Osh region. The second most populous city in Kyrgyzstan, officially called the "southern capital". You will have a tour along the streets of Osh, discover its territory. Then you will get to special place Suleiman Mountain. It had a sacred meaning already in the third Millennium BC. This is evidenced by petroglyphs preserved at the entrance to the cave Rusha-Unkur, or cave of eagles. According to archaeological research, Sulaiman-Too was considered sacred in all periods of history: during Zoroastrianism, Buddhism, and Nestorian Christianity.  You will also explore the big bazaar Asian Bazaar. This is really colorful place of Kyrgyzstan where you will buy vegetables and fruits. You will spend the night in the hotel.

Day 8: Osh – Guliston border – Khujand
After the breakfast you will transfer Tajik border and further to Khujand city. You will be met by Tajik guide on the border and departure to Khujand city. It lies at an altitude of more than 300 m above sea level in a fertile oasis formed by the Syr Darya river Delta. Today, Khujand is one of the largest industrial centers of the Republic, the largest city in Northern Tajikistan and the second most important in the country. You are going to discover Cultural Palace of Khujand. The significant sight of the city, there was chosen the first President of the country. Next destination will be Central Mosque. You will spend the night in the hotel.

Day 9: Khujand – Iskanderkul Lake
This day you will transfer to emerald lake of Tajikistan– Iskanderkul (2 255 m. a. s. l.). It is believed that lake Iskanderkul is named after Alexander the great, who was locally called Iskander Zulkarnain, which means Iskander the two-horned. You will reach the lake in the heart of Fann Mountains.  It is considered to be the most enchanting place of Tajikistan. Upon arrival to the lake you will explore the amazing panorama views of the lake and walk along it beaches. Then you will have a tour to waterfall 40 minutes. Tajikistan is a very rich country with water resources: it has the highest water reserves of all Central Asian countries with more than 1 000 rivers, 2 000 lakes and 8000 glaciers. This night will be in the homestay.

Day 10: Iskanderkul – Dushanbe
After the breakfast you will travel to Tajikistan’s capital Dushanbe. You are going to drive via Anzob pass (3 372 m) and tunnel of Isticlol. You will be impressed by enchanting road and high mountain passes. On the way you will have a chance to make photos. After arrival you will offered to have a city tour in the capital. You will visit Rudake Park, National library, White House, National state seal, and House of parliament. Then you will direct to see National park to where you will have a chance to make fabulous photos of Ministry of Inner Affairs and the biggest National Flag in the world – 165 m high pole, 30 m wide, 60 m long. Then you will get to the interesting destination Central Museum where you will learn incredible facts of the historical background of the country. You will finish the tour with Gurminj Museum of traditional musical instruments where you will learn about history of national instruments of the country. You will spend the night in the hotel.

Day 11: Flight
In the morning is transfer to the airport.