The highlights of Uzbekistan

The highlights of Uzbekistan 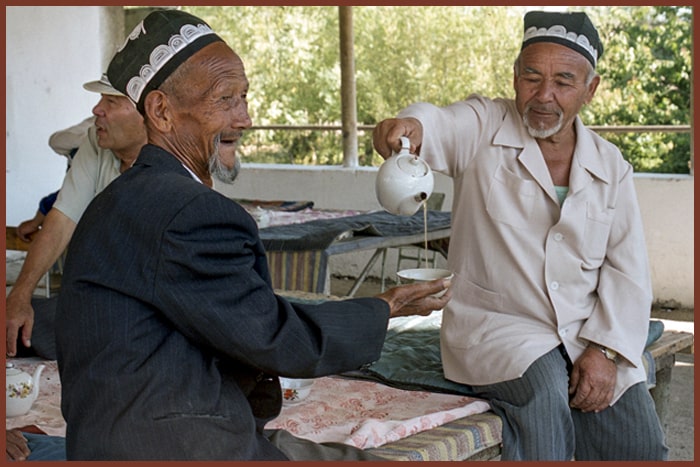 Name of tour: The highlights of Uzbekistan

Day 1: Tashkent
This day you will be met by your guide at the airport and you will drive to Tashkent. the capital and historical, cultural and political center of Uzbekistan. It is the most frequently visited by tourists. During its history, the "stone city" has experienced many shocks. This city is beautiful for its incredibly unique sights that you will see today. During the tour you will have a chance to have a walk in Independence square the symbol of Uzbekistan, which reflects the diverse history of the Uzbek people, was built after the independence of Kyrgyzstan. You will also visit today the local Broadway, a street that joins independence square and Amir Timur square. After it you will have a ride in outstanding metro of Tashkent, this place attract people with amazing halls. After it you will direct to the old part of the city: Chorsu Bazaar the history of which begins with the Middle Ages, Kukaldash Madrasah landmark historical monument and Hast Imam complex that consists of several madrasahs, mosques and mausoleum. You will also admire the prominent sight the Othman Quran. You will rest the night in the hotel.

Day 2: Tashkent – Samarkand
Today you will drive to railway station of Tashkent for your train to Samarkand. Samarkand is more than 2500 years old. He saw various great rulers, experienced numerous wars, raids, and was the same age as the legendary Rome and ancient Pompeii. You will explore today vivid attractions including: Registan square, Shakhi-Zindeh, Mausoleum Guri Emir and Bibi Khanum Mosque. Registan Square, historical center of Samarkand; one of the most magnificent squares in Uzbekistan. The name means “a place covered with sand”.  Architectural complex of Shakhi-Zindehit is the most revered place of pilgrimage in Central Asia. The translation of the name is : "the Living King". Bibi Khanum Mosque a Grand monument of the Tamerlane era, which was built in honor of Tamerlane's beloved wife. You will rest the night in the hotel.

Day 3: Samarkand – Bukhara (morning train 10:15-11:45)
This day you will have a morning train to Bukhara. This day is devoted to incredible sightseeing tour in Bukhara.  You will explore the Citadel Ark this is the oldest archaeological monument of the city of Bukhara, dated to the I-VI century. After you will experience Samanids mausoleum, one of the architectural masterpieces of Central Asia, built at the end of the IX century. The tour route will take you to amazing place Chashma Ayub, it is one of the cultural heritage sites of Uzbekistan and one of the candidates for the status of a UNESCO world heritage site. After you will continue tour with walking along the shopping domes and experience one of the most famous attractions of Bukhara  Nodir Divan Begi it is part of the historical complex of the XVI—XVII centuries. Lyabi-Hauz. The building was built in 1622-23 at the expense of Nodir Divan Begi. You will cpmlete thre tour with amazing place Poi Kalon complex, the majestic pillar is about 46 m high and can be seen from anywhere in the city. This oldest building in Bukhara was built in 1127. There you will see three structures built in the 12th - 16th centuries: Kalon minaret, Kalon mosque and Mir Arab Madrasah. You will spend the night in the hotel.

Day 4: Bukhara – Tashkent (afternoon train, 15:20-19:10)
After breakfast you will have a tour in the Bukhara. You will discover the mighty attractions. Your destination will be Bahauddin Naqshbandi complex, for several centuries it has been one of the main centers of Muslim pilgrimage in Central Asia. According to the Naqshbandi teachings, there are several Maqam — stages of the Sufi path, where a person first just reads a prayer, then begins to control his breathing, behavior, and learns to rationally allocate time. The highest stage is opening the heart to the Supreme. There was courtyard with pool, madrasah, and burial vault of Bukhara rulers. Afterwards you will drive to observe the residence of Bukhara Emirs - Sitorai Mohi Hosa complex that was built in the XIX century and is considered the Palace of the Bukhara Emir said Alim Khan, but the Foundation was laid by another Uzbek ruler-Ahad Khan. In the end of the tour you will departure to Bukhara railway station to transfer to Tashkent. You will spend the night in the hotel.

Day 5: Flight
In the morning is transfer to airport.