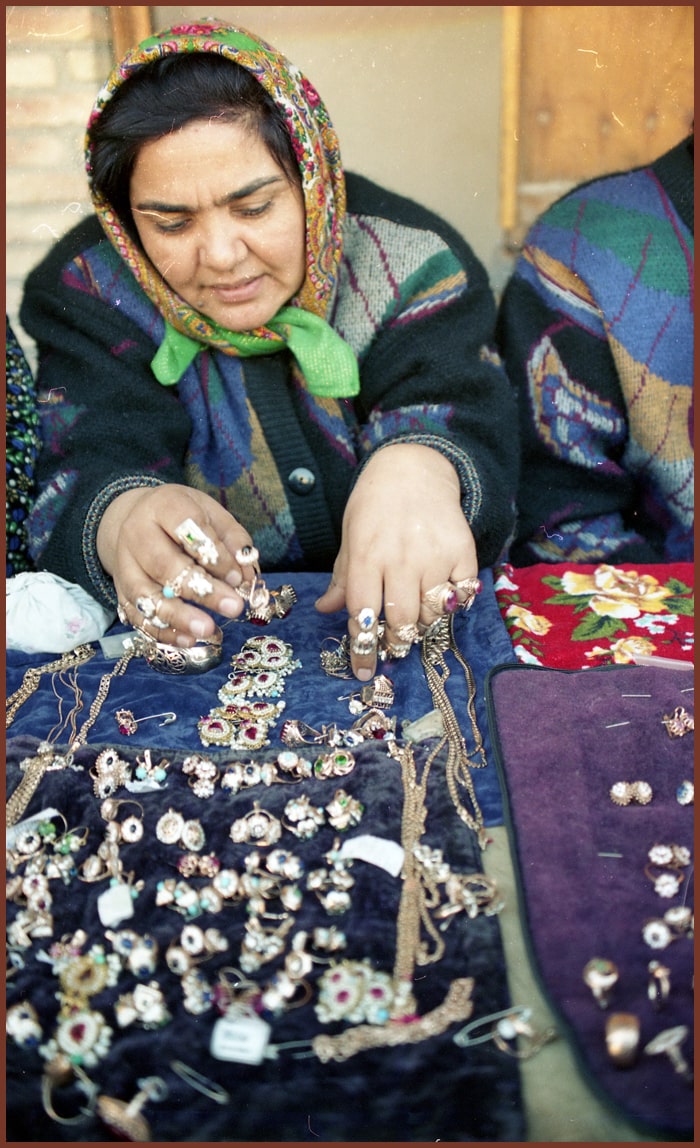 Name of the tour: Freedom Path

Day 1: Tashkent
You will start your “Freedom Path Tour” in the capital city Tashkent. Today you will visit Independence square which is the main square of the country, erected as a symbol of victory over fascism in World War II. Then you will have a chance to walk along the local Broadway, a walking street between independence square and Amir Timur square. Further you can take a ride in famous Tashkent metro, among the most beautiful subways in the world. First line was opened in 1977. Then you will visit the old part of the city which includes: Chorsu Bazaar, Kukaldash Madrasah and Hast Imam complex that consists of several madrasahs, mosques and mausoleum. The highlight of its exhibits is the Othman Quran which is the world’s oldest Quran copy dating back to 8th c. Quran belonged to Othman Ibn Affan, the Third Caliph (of the four righteous Caliphs who succeeded the prophet Muhammad). Othman was killed by non-muslims in 8th century. His blood spred over the Quran that you still can see on its pages. At the end of the tour you will be transferred to the hotel.

Day 2: Tashkent – Bukhara
Today you will have a morning transfer (flight or train) to Bukhara. You will have a full day city tour in this fascinating city. At first you will visit the most ancient citadel in Bukhara dating back to the 4th century named Citadel Ark which served as a palace for several dynasties of Bukhara Empire. Then you will see Samanids mausoleum, a real masterpiece of architecture of 9th -10th century. Then the tour continues to Chashma Ayub, meaning Job's well and Bolo-Hauz mosque, known also as the mosque of forty columns built in honor of Bukhara governor Abu-Fayud Khan. Then you have a chance to walk along the shopping domes and visit one of the most famous madrasahs of Bukhara called Nodir Divan Begi which is also a part of Lyabi House Ensemble, famous central sightseeing of Bukhara. The tour will end with visiting Poi Kalon complex, the unique sample of architectural art of Bukhara. It consists of three structures built in the 12th - 16th centuries: Kalon minaret, Kalon mosque and Mir Arab Madrasah. At the end of the tour you will be transferred to the hotel.

Day 3: Bukhara
After having breakfast at the hotel, you will have a sightseeing tour in the surrounding area of Bukhara. First you will visit Bahauddin Naqshbandi complex, located few kilometers from Bukhara. It is a memorial complex of famous Sufi Leader and Philosopher, one of the Muslim pilgrimage places for all people of Islamic world. Sheikh Bakhauddin Nakshbandi was one of the spiritual masters of Amir Timur.  Today complex consists of mosques of Kushbegi and Muzafarohana, courtyard with pool, madrasah, and burial vault of Bukhara rulers and Dakhma upon the tomb of Saint Bakhauddin Nakshbandi. Then you will drive to see the countryside residence of Bukhara Emirs named Sitorai Mohi Hosa complex. The palace is the sample of combination of various architectural styles. Emir named the palace on behalf of his wife who died young “Star - like and moon- like Palace”. At last you will drive to Sumiton village to find Chor Bakr memorial complex, the town of the dead. Complex symbolizes the four sides of the earth and interprets that all people are equal. Construction of the complex began during the Samanids reign until the 16th century. After excursions you will go back to the city. Night will be in a hotel.

Day 4: Bukhara – Tashkent
In the morning we will have a transfer (flight or train) to Tashkent. First you will visit Courage Monument which is a memorial complex, erected in honor of the elimination of the consequences of the Tashkent earthquake. Then the tour continues to Zangi Ota memorial complex. According to legend, Zangi-Oota was a shepherd and distinguished for his wisdom and good deeds. Today you can also visit the State Museum of Timurids’ history which has 3,000 different items including jewelry, musical instruments, weapons, various coins, paintings, documents, historical manuscripts and clothing of Timurid’s period. The city tour will be completed by visiting the State Museum of Applied Arts of Uzbekistan, consisting of fine examples of glasses and national clothing, hand and machine embroidery, skullcaps and national fabrics, carpets and woodcarving. At the end of the tour you will be transferred to the hotel.

Day 5: Tashkent – Flight
Today is the last day of your “Freedom Path” tour in Uzbekistan. You will have a transfer to the airport.