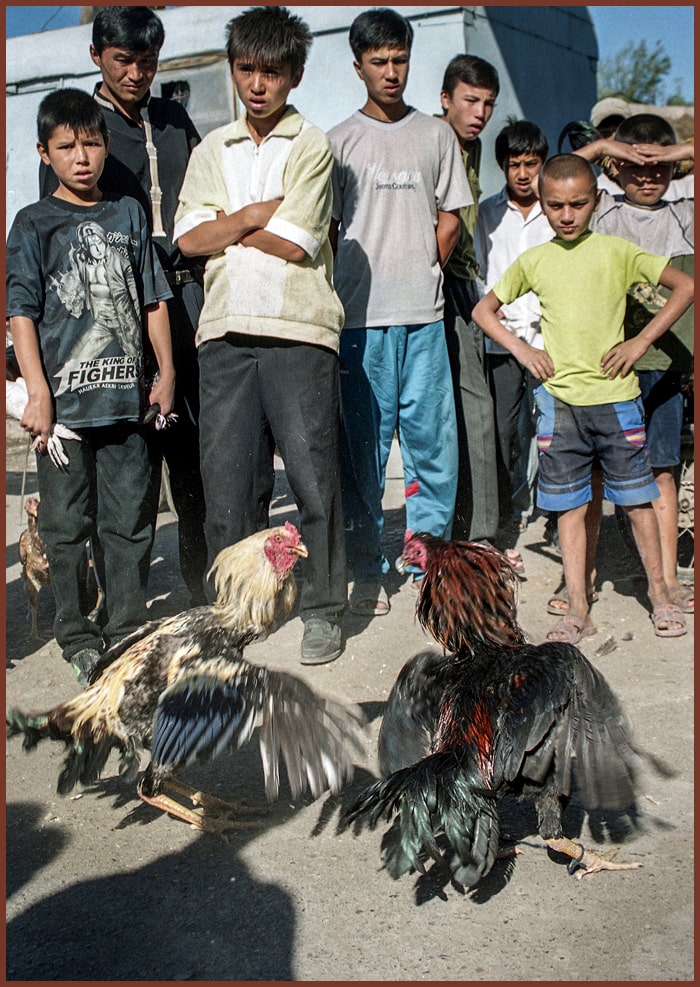 Name of the tour: Spring Rose

Day 1: Tashkent– Nukus
In the morning you will have a flight to Nukus city. Today you will have a full day city tour in this city. Firstly, you will visit the Museum of Savitsky which exhibits the masterpieces of forbidden art. Museum collects 20th century Russian avant-garde paintings, works of Sokolov, Komarovskiy and Amaravella group. The curator of the Karakalpakstan state museum of art collected the artworks in 1960s. He purchased banned works from persecuted soviet artists, sometimes free. He carefully preserved and finally exhibited them in this remote central Asian art-house. After that we drive outside of Nukus to see Mizdakhan necropolis which used to be an ancient city centuries ago. Archaeological findings confirmed that area was continuously captured from the 4th century BC till about 14th century AD. At the end of the tour you will be transferred to the hotel.

Day 2: Nukus – Ayaz Qala – Tuprak Qala – Khiva (290 km, 6 hours)
On the second day of your “Spring Rose” Tour we will drive to Khiva, the most ancient city in Uzbekistan full of history and fascinating sites.  Its history is inextricably connected with the history of the legendary Khorezmshah’s State with its capital in Urgench before. In the 10th century Khiva is mentioned as a major trading center on the Silk Road. All the caravans had a stop here on their way to China and back. From dawn to dusk, until the gates were opened, an endless stream of moving string of camels with baggage passed them. Now we have most of this unique city preserved and cherished to pass to our next generation. On the way we will visit two famous fortresses: Ayaz Qala and Turpak Qala. Ayaz Qala is an ancient castle of Khorezm, named on behalf of legendary warrior-slave Ayaz, a Turkic folklore hero. Fortress dates back II century AD. Tuprak Qala, means ‘clay fort’, was the royal city of Khorezmian ruler Artav. Archeologists claim that fortress was built in 1 or 2-century AD. It was occupied until 6th century AD. Continues wars and invasions exhausted the city and remained it without any sign of life. Today you will spend the night in a hotel in Khiva.

Day 3: Khiva – Urgench – Tashkent
Today you will have a wonderful sightseeing tour in the oldest city of Uzbekistan. It will be inside of Ichan-Qala, the inner city in Khiva rounded with strong walls. Centuries old sound buildings, palaces, mosques, Madrasahs, Mausoleums, Minarets, Caravan-Sarais and Bathhouses transformed Ichan-Qala into unique city-monument. Ichan-Qala consists of over 400 traditional dwelling houses and about 60 architectural monuments. In 1969 Ichan-Qala was designated a historical and architectural conservation area. The most remarkable sites in it are the Kunya-Ark fortress dating back to 17th century, found by Muhammad Arang Khan, Kalta Minor minaret and Tash Khouvli palace, an incredible sample of Khorezm architectural mastership of 1830s. then you will have an evening flight to Tashkent. Night will be spent in a hotel.

Day 4: Tashkent – Flight
In the morning you will have a transfer to the airport. It is the end of your fabulous tour in Uzbekistan.