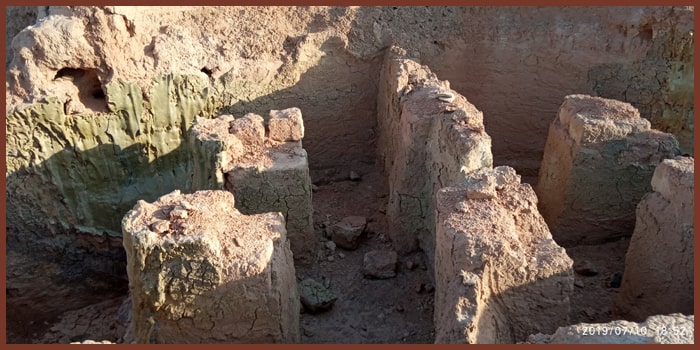 Day 1: Ashgabat
This day you will meet the guide at the Ashgabat International Airport. You are going to explore the outstanding highlights of the city. Ashgabat so snow-white-marble that in 2013 on this occasion was included in the Guinness book of records! At that time, there were 543 new buildings with a total area of 4.5 million square meters covered with marble walls. The capital was formed in 1881. In course of the tour you will explore Lenin’s square, Park of Independence (looking like a white-marble “Eiffel Tower” standing in a beautiful park), Arch of Neutrality. Afterwards we will visit Museum of Ethnography and Museum of Fine Arts. The night will be in the hotel.

Day 2: Ashgabat – Darwaza
The tour route will take you to historical attraction of Turkmenistan “Old Nisa” – which was the capital of the ancient Parthians, in 2007 was included in the UNESCO list; you will also visit "Gypjak” Mosque and Mausoleum of the late President of Turkmenistan. After you will lead to the North part of Turkmenistan, and find the village “Bahardok”, there you will observe the life style of Turkmen people. In the second part of the tour you will drive to spectacular landmark named Darwaza the pit is 20 meters deep and 70 meters in diameter, which was formed in 1971. For more than 40 years, the lights come out of the pit, creating an indescribable image, like the gates of hell. You will have a chance to observe the amazing views of the crater and have a wonderful rest. You will rest the night in the tent.

Day 3: Darwaza – Kunya Urgench – Ashgabat
In the morning you will transfer to the North province of Turkmenistan,you are going to admire  the architectural monuments of Old Urgench, Capital of Khorezm in X-XII centuries. Disocver the Mausoleum of Najm al-Din al-Kubra, Tyurabek Khanum, Il-Arslan, Tekesh Ibn Hadzhibey, the highest minaret in Central Asia Kutlyg Timur. Then you will return to the capital Ashgabat.

Day 4: Flight
In the morning is transfer to airport.