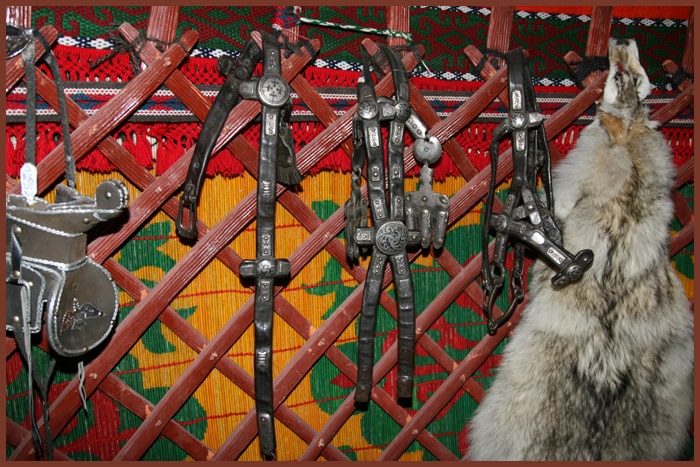 Name of the tour: Sparkling Love

Day 1: Almaty
At the airport you will meet our driver and he will accompany you to Almaty city. It is not only largest metropolis of the country, but also educational, scientific, economic, financial, cultural and historical center. Today you will get acquainted with sightseeing of the city. At first, we will visit the Green Bazaar. It is impossible to imagine the city tour without visiting this market. It is popular place among townspeople. The next destination will be Almaty Museum, Park of 28 Panfilov Guardsmen. It is considered as one of the oldest parks of the city and here one of the oldest building- Zenkov Cathedral is located. You will also visit the Memorial of Glory and Eternal Flame, dedicated to the memory of the fighters who died for freedom and independence of the country.  After exploration of sport, cultural and business areas of the city you will get to the Medeo Gorge. It is well known due to the highest mountain skating rink in the world and the dam. Next destination is the Kok-Tobe hill where the tallest TV tower in the world is located and where you will get by the picturesque winding mountain road. In Kok-Tobe Park you can stroll along the winding paths of the park and admire the magnificent panorama of the city from the special observation deck. The tour ends with the short ride from the top of the hill to the center of the city by the famous Almaty cableway. Then you will have a transfer to the hotel.

Day 2: Almaty – Tamgaly – Altyn Emel
On the second day of your “Sparkling Love” Tour we will head straight to Altyn Emel national park, stopping at Tamgaly Tas on the way. We will pass by artificial Kapshagai water reservoir, the biggest in Almaty region, with the casinos of "Kazakh Las-Vegas" on its bank. Then you will arrive to Tamgaly Tas, the first sightseeing destination on the bank of Ili river. Tamgaly Tas is the unique monument with images of Buddha’s and texts in Tibetan, Kalmyk and other languages. After it you will have another couple of driving hours to Basshi village, which is located at the territory of Altyn Emel National Park and have an excursion to the Singing Dune. It reaches a height of 150 meters and a length of about 3 km, and is located in one of the corners of the Altyn-Emel National Park. After hiking up to the 150-meter dune, you will return to Basshi village where the overnight will be in a cozy local hotel.

Day 3: Altyn Emel
In the morning you will be driving on unpaved park roads over 80 km to the Aktau Mountains. Aktau Mountains which means White Mountains are world-renowned paleontological field. In the layers of Paleogene lacustrine deposits well-preserved remains of ancient animals whose age is estimated at 25-30 million years have been found. Among the finds there are the remains the giant rhinos, crocodiles, turtles. Huge conical mountains remind the Egyptian pyramids and are a magical scene of the variety of shapes and colors. A walk on Martian landscape requires nothing special from you, except to be attentive on a soft sandy surface and to add some fantasy listening to the guide's stories about inhabitants of an ancient ocean. After sightseeing at Aktau mountains, you will return to Basshi village. Here you will spend the night.

Day 4: Altyn Emel – Charyn – Almaty
Today you will have a transfer to Ash-tree Grove on the Temerlik River. In the lower reaches of the Charyn River and its tributary Temirlik there is a unique place, where relict species of Sogdian Ash-tree are growing. According to a legend, another 5 million years ago a wind blew a winged seed of Sogdian Ash-tree in this so-called "Valley of Yurts”. In 1964 the Ash-tree Grove has been given the status of the monument of nature. The four trees of about the same age are fenced off in the grove. It is some kind of open-air museum. Then the tour will continue to the famous Charyn Canyon. Upon arrival, you will admire the grand panorama and go down the stairs to the bottom of the canyon, then walk around 2 km through the maze of the Castles Valley with its walls of bizarre shapes overhanging you. Charyn Canyon is a natural complex, unique in its kind not only in Kazakhstan but also worldwide. It was formed during Paleogene and reminds the Grand Canyon of Colorado River in North America, although inferior to it in size. You can spend hours walking among the strange towers and columns, being surprised by the wild imagination of the nature. The tour guarantees you numbers of beautiful pictures. Then you will transfer to Almaty city. Today’s night will be spent in the hotel.

Day 5: Flight
In the morning you will have a breakfast in the hotel and check-out. Your driver will take you to Almaty International Airport. This is the end of your tour in Kazakhstan and now you are returning back your home.