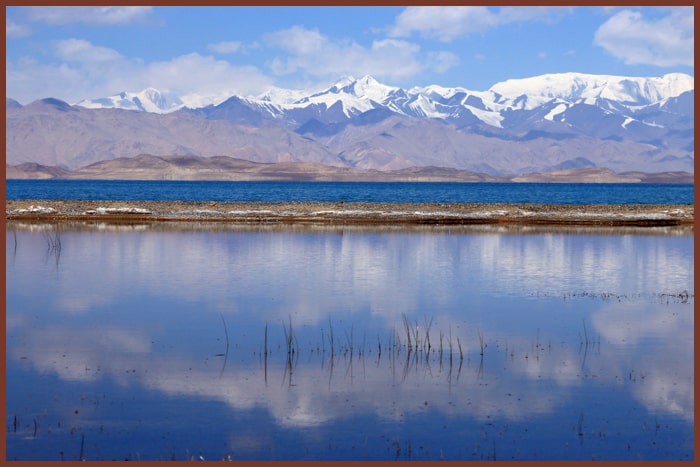 Name of the tour: Red Tulip

Day 1: Bishkek
Upon arrival at Manas airport, you will be met by our guide to start your Black Tulip Tour in Kyrgyzstan. He/she will take you to Bishkek, the capital of our country. On the day of arrival, you will get acquainted with the sights of our capital. The tour of Bishkek includes visits of Victory square, Oak Park, Central Ala-Too square, the National art Museum, the National Philharmonic and many other attractions including a visit to the Asian Bazaar. Here you can not only observe the life of local people, but also buy interesting Souvenirs, haggling with local sellers. At the end of the day your transfer will take you to the hotel. This will be one of the best tours in Central Asia.

Day 2: Bishkek – Burana – Issyk Kul northern shore
The meeting with the guide will be at 8 am. Today we will go to Issyk-Kul lake which is considered as a “Pearl of Kyrgyzstan” and famous among not only tourists, but also local people. Everyone is amazed by its beauty. However, it is impossible to convey with words, how the lake beautiful is. You will have a great chance to see it once than hear thousand times. From the Kyrgyz language Issyk-Kul means “hot lake”. The name of the lake is associated with its main feature, the lake does not freeze in winter, because the salt lowers the freezing point of the water. It is located among the mountains at an altitude of 1608 meters above sea level and is the world's second Alpine lake. On the route to Issyk-Kul lake we will stop to visit the Burana Tower established in the 11th century. Tower was used during the Great Silk Road as a sign for travelers that there was a city to have a rest. Nearby you will see an open-air museum of Balbals. These grave stones that look like warriors – they were made in honor of brave soldiers that died for their Motherland. In Cholpon Ata town you will visit Rukh Ordo, a unique cultural and spiritual complex of culture and tolerance of religious diversity. Located right on the shore of the lake it perfectly demonstrates its beauty and magnificence. Here you will also visit ancient stone inscriptions dating back to 800 B.C. These petroglyphs were made more than 2000 years ago by shamans. Also, you will visit local ethnography museum. Today you will spend the night in the hotel.

Day 3: Issyk Kul lake – Kochkor – Son Kul
In the morning we will transfer to the second largest lake in Kyrgyzstan – Son Kul Lake. The name of the lake is translated from Kyrgyz language as “The Last Lake”. This lake is surrounded by mountains and it is the highest alpine lake in Kyrgyzstan, situated at an altitude of 3013 meters above sea level on a treeless plateau which provides lush meadowland for summer pastures. In fact, there is evidence that it has been used for pasture from very ancient times. The shepherds drive the livestock, usually sheep, cows and horses, up into the mountains, establish a camp where they will live for the summer months – setting up their yurts. We will have a break in Kochkor village where you will spend some time with a family that will show you the way our national felt carpets are produced. Upon arrival to Son Kul, you will be free to explore and enjoy the virgin nature of the lake and its surroundings. The tour guarantees you number of pictures of gorgeous sunset. Your dinner and night will be in nomadic felt dwellings yurts near the lake.

Day 4: Son Kul – Kazarman
After having breakfast, we will start our way to Kazarman village. As 95% of territory of Kyrgyzstan is mountainous you will be surrounded by them all the time.  The road will go along amazing and picturesque gorges. During your drive be prepared for magnificent views of the impressive mountains and gorges. We will have several photo stops where you will have beautiful pictures. Today you will meet with Kyrgyz families who live in this region and your night and dinner will be in a home stay in this remote village.

Day 5: Kazarman – Osh
Today in the morning we will drive to Osh city. It is the southern capital of Kyrgyzstan. The combination of modern architecture of the city with its ancient historical and cultural heritage represented by the ancient streets of the city and the preserved cultural monuments, gives a unique image to the city. On the way we will visit city of Djalal Abad, then the famous Uzgen Tower. This minaret was built in 11th century by Karakhanids. There are also mausoleums that were used as burial chambers for the leaders. In Osh you will have an opportunity to walk on its streets and visit Suleiman Mountain. The mountain is the symbol of Osh and has been glorifying the city for ages.  For more than 3000 years it was a Zoroastrian sacred place. Now it is a kind of a second Mecca for Moslem pilgrims in Central Asia. At the end of the tour you will be transferred to the hotel.

Day 6: Airport
This is the last day of your “Red Tulip Tour” and you are returning back your home. In the morning you will be transferred to the airport.